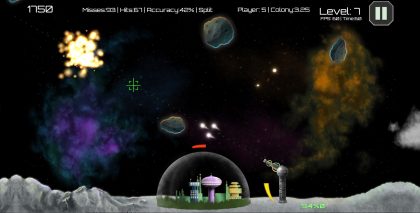 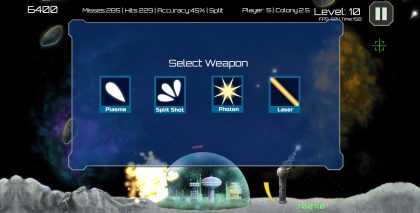 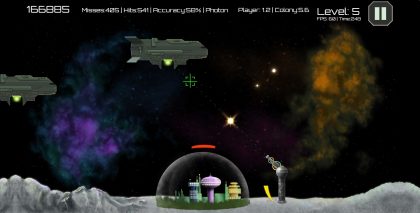 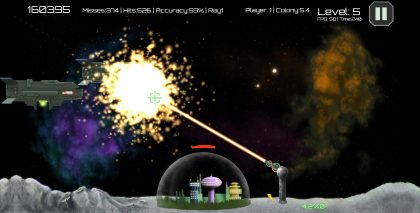 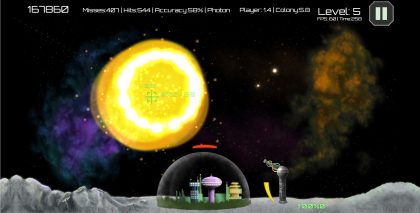 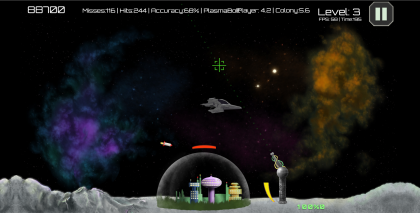 A Blast from the Past

When I was in 6th grade I remember doing sketches for a side-view game where the object was to protect a base from enemy aircraft.  The base had a satellite dish, anti-aircraft gun, barracks, command center, and missile silo.  Each part of the base could be destroyed by enemies. As things were destroyed you lost abilities such as the chance to spot enemies from a distance, etc.  Back then I didn’t have the technical  knowledge to make such a game.  I figured it would be a great idea to revisit. 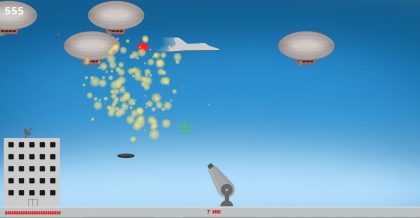 The idea started with a (semi) modern warfare theme a turret that fired at jets and blimps.  It was a pretty good first step.  I figured out how to overcome many challenges with that game.  However I wanted to add game mechanics that didn’t quite make sense in a modern military setting.

After some thought, I started over with a futuristic sci-fi setting.  This allowed me to implement new weapons, shields, and other gadgets. It also created a heightened sense of fun and fantasy.